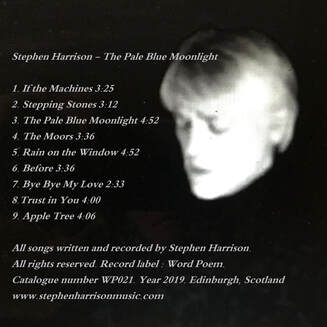 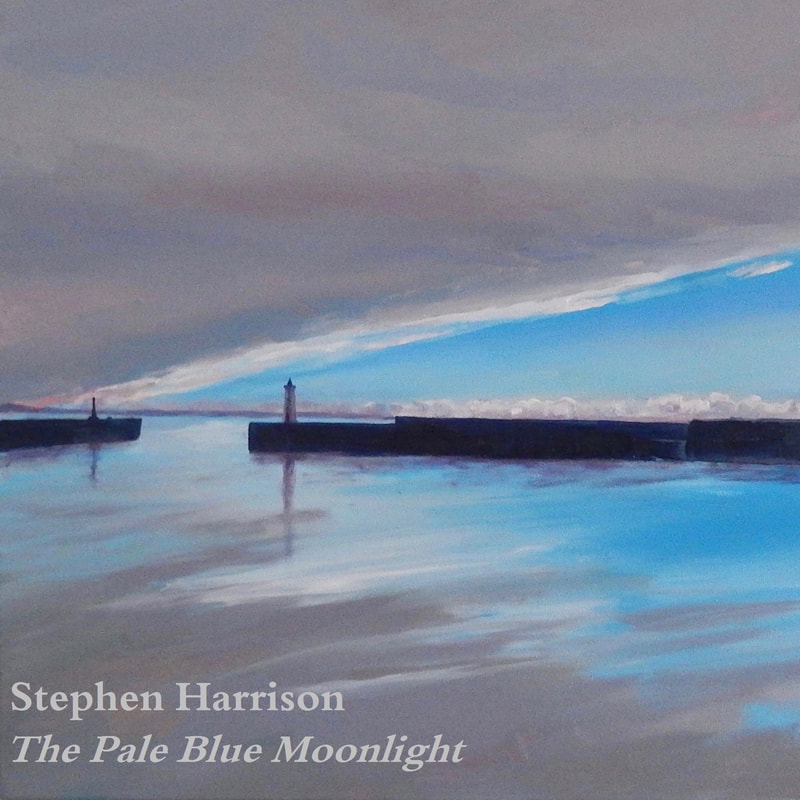 Stephen Harrison - New album - ''The Pale Blue Moonlight' - 9 songs. Scheduled release date : May 2019
It is the 16th day of January 2019. Three new songs written for the next album. Feeling good about them, feeling that they are strong. Voice sounding better again. 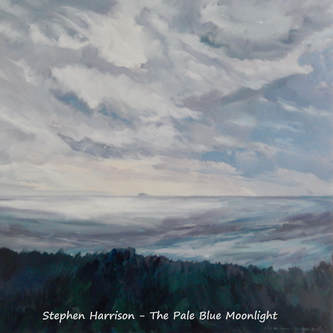 Stephen Harrison - 'The Pale Blue Moonlight'
It is 1st December 2018 and I am writing and recording my next album and as a bit of an experiment I am releasing one of the new songs from it today as a single. The song is called 'The Pale Blue Moonlight' - it is available for streaming or downloading from many of the digital retailers.
​Stephen Harrison's new album -
'It Starts With The Soul'
​Release date : 26th March 2018 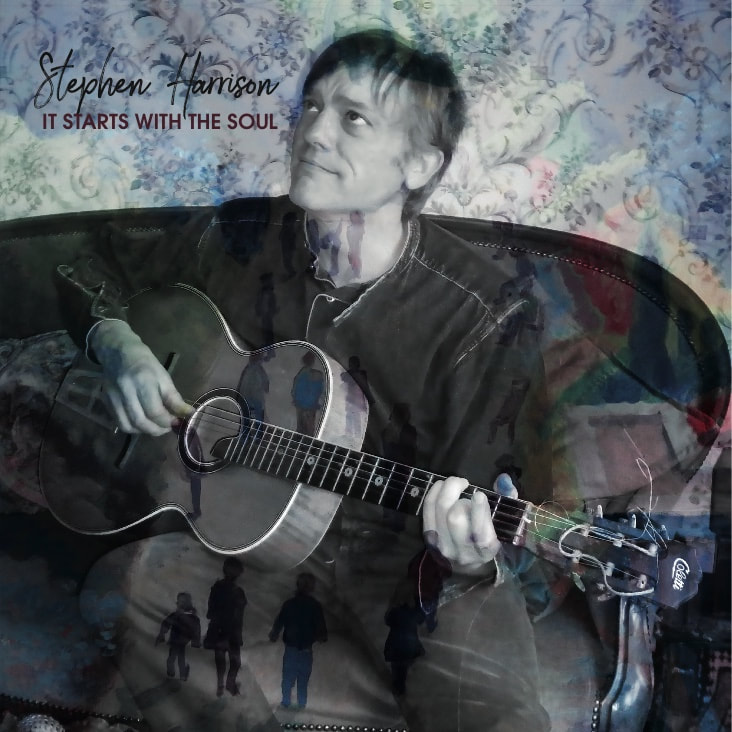 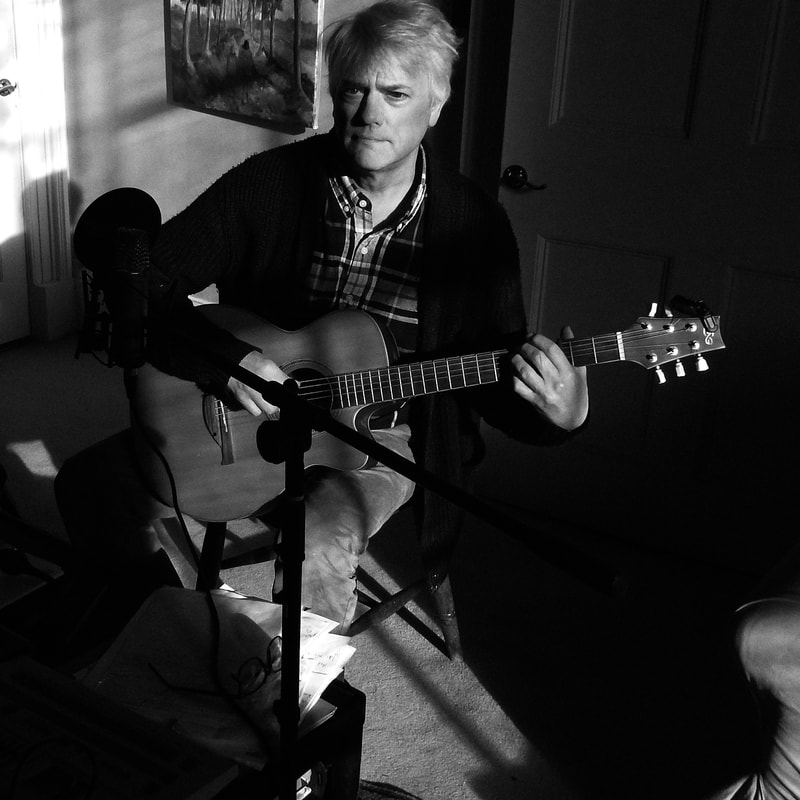 TO BUY THE CD PLEASE MAKE CONTACT THROUGH THE CONTACT PAGE ON THIS WEBSITE. PRICE FOR THE CD FORMAT IS £10.00 INCLUDING POSTAGE WITHIN THE UK.
The album is also available on many of the digital music retailers for streaming or download. Search for 'Stephen Harrison - Cherry Fair' 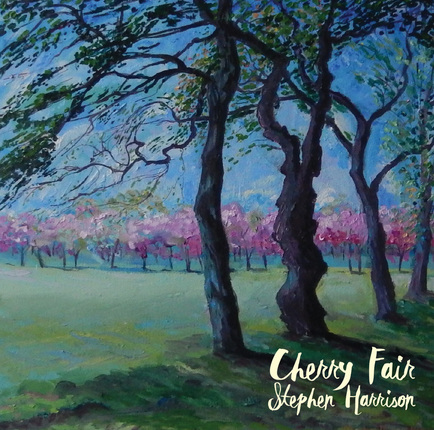 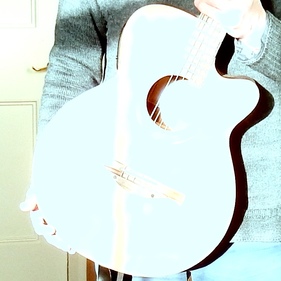 February 28th, 2016. Pleased to say that the new album is finished at last. It's now at the mastering and manufacturing phase. 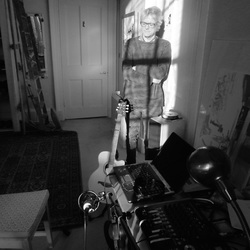 Stephen Harrison
January 2016 - Some sunlight at last as 9 songs are recorded. Two more to go.
​ 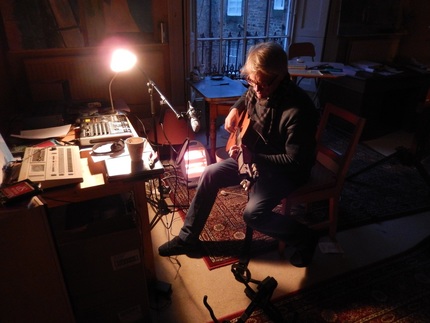 Pleased to say that at last progress with the new album is promising. Six tracks are now recorded and I hope to finish recording over the next four weeks or so.
July 2014

I have had a year off from recording and performing music. It is good to take a break from it. The songs for my next album have all been written - now it is just a matter of recording them. I hope to make a start in August. 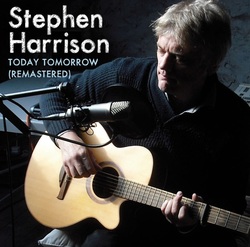 The new remastered album (Today Tomorrow - Remastered) will be officially launched on 1st October 2013. It is already available as a digital download on many of the digital music retailers such as itunes and also as a physical CD. 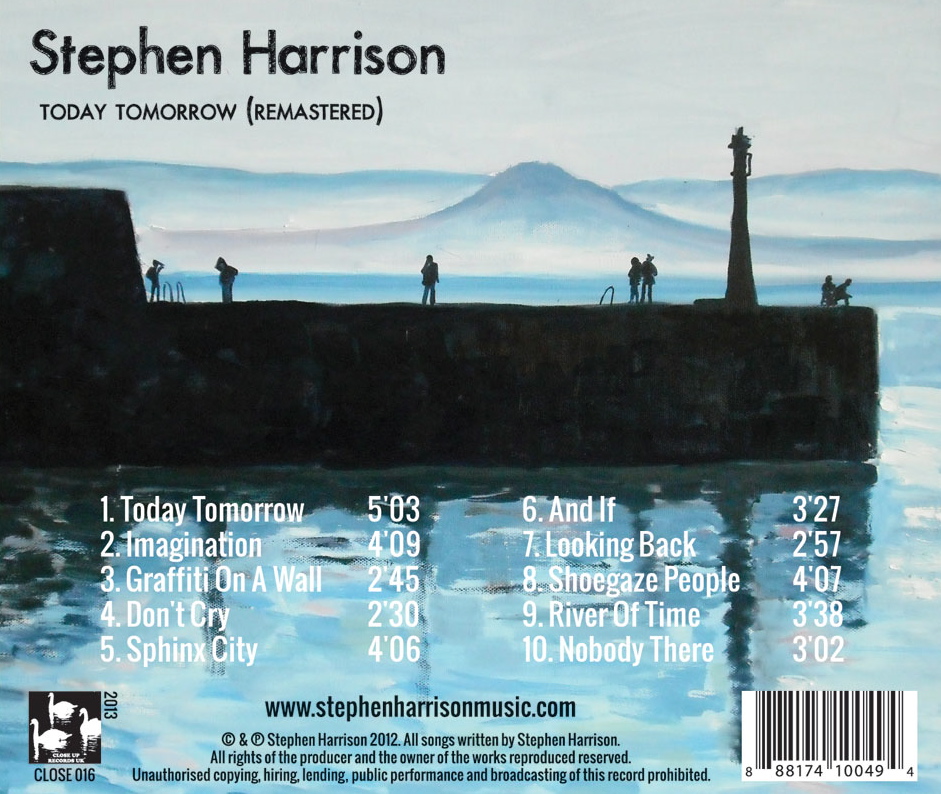 The recording of my next CD is taking much longer than expected. Plenty of material, but some recording equipment issues are slowing things down. Also, I'm writing so much new material that I just can't keep up with it all. It could easily take another six months or so.

In the meantime I've decided to get my last one (called Today Tomorrow) remastered. I have faith in the album think it will be greatly improved by professional mastering.

I'm still recording songs for my next album but it's going more slowly than I would like. When recording so called 'fingerpicking' guitar style, which is how I play these days, the slightest mistake seems to stick out like a sore thumb. The guitar track has to be pretty much perfect, or mistakes are really noticeable. That's what's taking the time, but I think I'm pleased by the way it's going.

Stephen Harrison will be the guest of Ciaran Dorris on his radio show at Celtic Music Radio on Sunday 16th September 2012 between 5pm and 7pm. Tracks from the album 'Today Tomorrow' will be aired along with a live performance and some discussion. The show is broadcast in the Glasgow area and also broadcast live online everywhere else via the internet. Click here for a link to the Celtic Music Radio website where the show can be heard live.